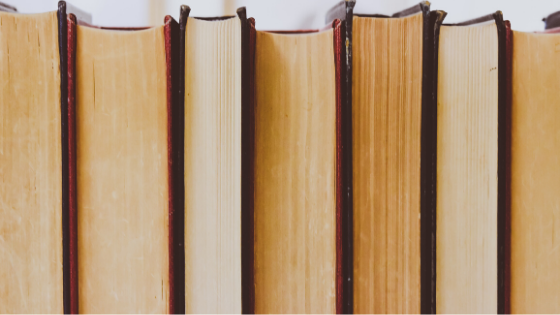 I anguished over what to write this month, and yes, I know that’s a sign of my white privilege. Part of me wanted to write nothing, in order to make more space for black lives and voices, which are rightly the current center of attention. But I live in a complex country at a time when every group that has been discriminated against or made to feel invisible—including midlife women—deserves to have its stories told. Offering my story about one invisible group doesn’t nullify all the other stories, just as saying, “Black Lives Matter” doesn’t negate the value of my life.

When Everything Feels Out of Control

The world continues to fight the coronavirus pandemic while the United States confronts the latest horrific manifestation of racism: the murder of George Floyd. Meanwhile, countless men and women are struggling to tie frayed ends together in hopes of coping with pandemic-related job loss, the loss of loved ones to COVID-19, and the loss of customary social rituals. Even the luckiest among us have difficulty imagining what happens next.

In times of crisis, we’re forced to reckon with the limits of what we humans can control. Nature is not one of those things; hurricanes and novel viruses will always challenge our preparedness and response.

But even in crisis, whatever its nature, we can control our voices. The human voice is simultaneously the most ordinary and the most extraordinary instrument. Individually and collectively, it can be used to raise up our fellow humans or to denigrate them and incite violence. That’s why I’m heartened by the sight of hundreds of peaceful protests across the country and around the world. The marchers—of multiple hues and ages—have been shouting and singing cries for justice, and they’re being heard.

This painful moment—just one in a stream of never-ending moments for people of color—has amplified the voices of those typically underrepresented in the halls of power from local to federal levels. Many Americans who have escaped confronting the realities of institutionalized racism (brief explanations here and here) are starting to hear those voices. Some are opening their ears wider by reading recent and classic books about racism.

Learning About Race and Culture

At this moment in early June, when anti-racism protests are ongoing, reflections by someone who isn’t black can easily veer into white privilege apologia. But reflect I must. Just because I grew up in Canada doesn’t mean I get a pass to escape confronting institutional racism. (Besides, Canada has its own history of racism, especially regarding First Nations peoples.) The events of the past two weeks have made me examine how my own attitudes toward people of other races formed. What follows is by no means the whole story, but it is a reminder that many small actions and exposures can add up.

It’s easy to believe you’re not a racist if you’ve only been surrounded by people who look like you, as was my early experience. The exception was my favorite high school teacher, Indian-born Mr. Bains, who taught biology and chemistry. When I spent my last two years of high school in a dormitory, I encountered a few students from other countries, mostly Hong Kong. Later, when I transferred to a U.S. college, I was assigned to the International Floor, because I was from Canada. One year, my roomie was a girl from Hong Kong who had attended my high school; other years, I was the foreigner in the room. 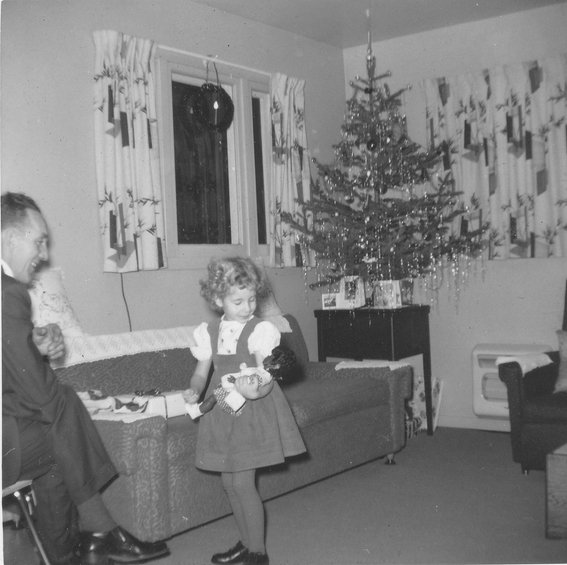 I was aware of other races much earlier than high school. I’d always loved to sing, and one of the first songs I can remember singing is “Jesus Loves the Little Children,” whose lyrics call out “red, brown, yellow, black and white.” Somewhere around the time I learned that song, I received a black doll for Christmas. I didn’t get many gifts when I was a kid; I didn’t grow up economically privileged. As I recall, the dark-skinned doll may have been my only gift that year. Either my parents or close family friends whom I called Aunt Linda and Uncle Wilfred gave it to me. I can’t speak for the givers’ intent, but you’ll notice the doll is dressed in the same conventional way I am (no Aunt Jemima look here, as I see online with some other Sixties-vintage dolls), and we share the same hair style. (I remember hating the process of getting a perm—courtesy of Aunt Linda.)

Here’s what’s interesting to me about that experience: I grew up in western Canada and can’t remember ever seeing a black person. Even today in British Columbia, where I lived when I got the black-skinned doll, those with African ancestry account for only one percent of the population. I have to believe the adults in my life wanted me to love that black doll as much as Cindy, the fat-faced white baby doll I’d been given a couple of years earlier. Small actions matter.

As for exposure to black culture, that came first through music. As a preteen in rural Saskatchewan, I listened to a Motown station that I picked up on my dad’s boxy radio from his Air Force training days. Then, during my first year of college, I fell in love with jazz, thanks to classmates who were in the University of Regina Jazz Band; they even played the Montreaux Jazz Festival. My classical music education and performance experiences were formative, but my exposure to jazz was ear-opening.

I may have read a small handful of works by people of color once I transferred to St. Olaf College in Minnesota and switched my major from music to English, but I can’t recall any. Grad school was different. Just as I started work on my PhD at Boston College, curricula were starting to catch up with the culture. Writers like Toni Morrison, Alice Walker, N. Scott Momaday, and other people of color were beginning to get their due respect. The first paper I presented at an academic conference was on narrative voice in The Color Purple.

The eighties were an exciting time to be studying American literature. In addition to the decades-old canon of mostly male and almost entirely white authors, I was exposed to new voices as well as older ones, like Zora Neale Hurston’s, that had been largely neglected by American literature survey courses. When it came time for me to develop my own reading list for such a course, publishers had caught up, and I was able to create a rich, diverse (for the time) syllabus, which was included in the anthology publisher’s resources.

But appreciating, and even loving, the creative work of talented people of color doesn’t guarantee that I or anyone else who might read or teach those works isn’t racist. Anything we do in our personal and professional lives to reinforce or counteract institutional racism matters too. That’s why it’s important to me to vote for candidates who promote policies that ensure equal access to opportunity and to support organizations that guard voting rights. Those are ways this introvert amplifies voices that deserve to be heard.

“Invisible” is a word that comes up a lot in both fictional and nonfiction contemporary narratives about women in midlife. For me, that designation will always be associated first with Ralph Ellison’s novel, The Invisible Man, so I’ve long been aware that race can often be a more powerful marker than gender. And, it bears noting, midlife women of color can experience invisibility along multiple dimensions—race, gender, and age being just the most common.

When I wrote Optics: A Novel About Women and Work and Midlife Muddles, I made the main character white, like me, but I also wanted to represent the diversity of New Mexico, where I now live. Knowing that intent, you may be surprised to hear that there is only one black character in Optics, which is set mostly in Albuquerque. Even that single character—who moves to the desert after experiencing Hurricane Katrina in New Orleans—is actually an overrepresentation of African Americans, who constitute just 3.17% of Albuquerque residents. I intentionally included this specific character for his other attributes, in the service of plot.

No one book can capture the fullness of any human experience.

No one book can capture the fullness of any human experience. As I used to explain when teaching literature by people of color, no single author should be expected to represent the totality of the black, Asian-American, Native-American, disabled-American, LGBTQ-American, or midlife female–American experience. We need multiple stories told by diverse voices even to understand those who look like us.


My midlife female characters control what they can. They cannot immediately change those who are ageist or sexist, but they can demonstrate that discrimination on any basis is short-sighted. I cannot address and assuage all the racist, ageist, and other identity biases in one novel, but I can offer a story to sit alongside countless others that, individually and collectively, may open readers’ hearts an inch or two.

As 12-steppers know, sustainable change happens one day at a time.

As 12-steppers know, sustainable change happens one day at a time. Long after anti-racism protesters move from the streets to the sidewalks, their voices will still need to be raised and heard. I believe that’s going to happen in part through stories—thousands of stories that will vary in tone, pitch, length, and rhythm. Together, they will tell the grand story about how we all have more to gain than to lose when we honor each person’s humanity. One story at a time, we learn to hear and see each other.