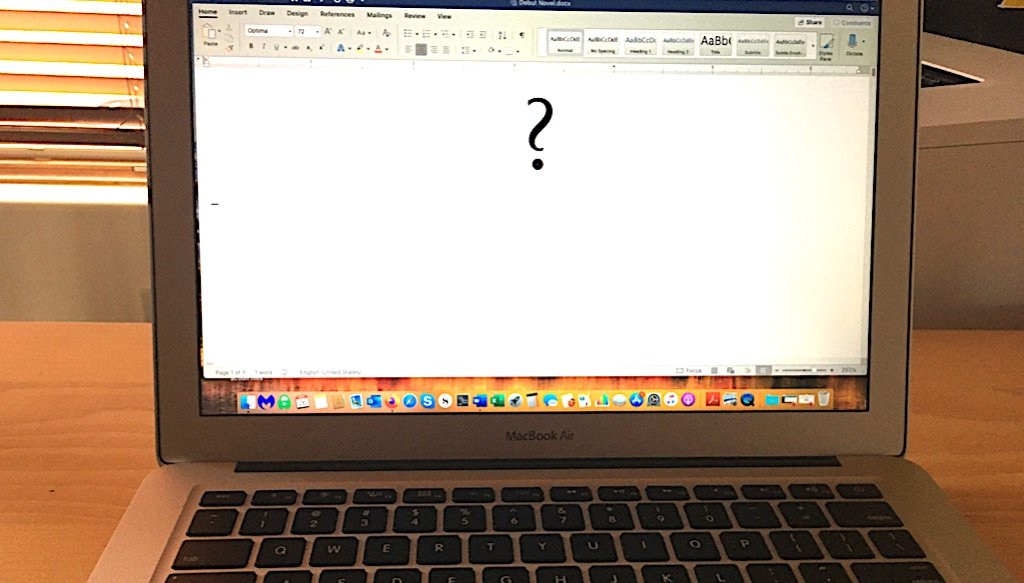 That’s the question I asked myself in late fall 2018.

It’s a question I never expected to ask. So why then? The short answer is that I needed a new challenge. And then there were those women talking in my head.

Whose Voices Are in My Head?

My careers as English professor, marketing communications consultant, book editor, business reports editor, and magazine editor had given me plentiful experience writing nonfiction. First it was academic articles and presentations that few would read or hear. Then it was more accessible copy for employers, clients, and freelance gigs that reached much larger audiences. For fourteen years, readers around the world read copy I wrote, rewrote, or edited—if they were affiliated with the power generation industry. When that job came to an end, I dove into a related project for eighteen months that was fulfilling but insufficiently enriching.

As I pondered my next steps, I was fortunate to have some client revenue, but I knew I needed a new focus. One day, as I was walking in my neighborhood to clear my head, I started hearing dialogue.

I’m not the first to observe that a walk can loosen the creative mind;

I’ve often found that when I’m stuck with a piece of writing—be it a dissertation, an ad, or an editorial—stepping away and stepping outside can be curative. I’m not the first to observe that a walk can loosen the creative mind; nevertheless, it’s something I need to remind myself of periodically.

So this one day as I was walking down a gravel road, I started hearing dialogue. Like everyone, my mind routinely engages in internal monologue or dialogue—especially when I’m anxious. But this was different. These weren’t my thoughts or my experiences being “talked” about. And it seemed as if I was hearing a party in progress. Multiple speakers—all women.

As I finished my walk, I thought about my unfamiliar turn of mind. Could these be fictional characters wanting me to pull their voices out of my head and onto a page—or screen?

Over the next few weeks, I began making notes. First they were bits of conversation or interior monologue that my yet-unnamed characters delivered. Then I began thinking about who exactly they were, how they knew each other, and their back stories. Soon I began walking with my phone so I could record voice memos about dialogue, character, situation. I wasn’t ready for plot.

Meanwhile, I pulled books off my shelf that I hadn’t opened in over a decade. (More, perhaps, on those another time.) I read about character, plot, story arc, detail. Only then did I let my analytical mind off leash to begin piecing together snippets, stretching them, observing gaps.

In November, I made a commitment to myself to write a novel—or at least try. I sketched out a rough plot, created a roster of main characters, and researched writing tools. I took baby steps.

What I Learned from Writing a Novel

What follows is not an exhaustive list of what I learned over the approximately ten months it took to complete my first novel; these are just the outcomes that were most important to me.

First, I acquired new technical skills. In my corporate lives I had always been game to test or adopt new digital tools or rejiggered processes. That was a given for thriving in any sort of publishing environment. And, as someone who had operated a small services business from a home office even before I became a full-time remote employee, I’d become a passable front-line troubleshooter. It’s not that I like or seek out the brain strain of learning new software or figuring out why a web page won’t load the way it should. It’s just that I’ve accepted such tests as part of my work life.

So when I decided to challenge myself to a new kind of writing, I naturally researched to learn what tools worked best for other writers. Despite the ubiquitous presence of word processing programs, the names most people are familiar with were not most favored by book writers. Genre fiction writers—many of whom spin out multiple titles a year—in particular touted Scrivener. Though I still haven’t mastered all the intricacies of Scrivener, it was a life-saver. I could keep character notes, timelines, and research all in the same file, which minimized friction while I was working on a given scene.

I learned that, despite what one might expect from someone whose first career was English professor, I didn’t want to write Literature. I didn’t aspire to write The Great American Novel—though I’m not averse to winning awards. I wanted to tell a story that would resonate with midlife and beyond readers, especially women. Though there’s a limitless list of novels about women and about midlife, in researching comps (comparable titles), I found few that zeroed in on the dynamics of women and work at midlife. In short, I wrote the sort of novel I wanted to read.

I found that it was freeing, for a change, to write about people who weren’t real. Other than during my brilliant but brief career as an academic, my writing had always involved the real world and real people. For someone with a curious mind, the opportunity to research, interview, and write about everyone and everything from medical researchers and law professors to power plant owners and cutting-edge energy technologies was endlessly fascinating.

But the privilege of writing about real people comes with a heavy responsibility to get the facts and analysis as accurate as possible. When it came to my novel, I was the master of its universe—even though its setting, plot, and circumstances were as solidly realistic as any news story. If I decided halfway through to change the color of a character’s eyes or details of her backstory, I could. All I had to worry about was maintaining the internal logic—no small feat.

I learned I could measure productivity in new ways. Years of deadline-driven corporate work had honed my self-discipline and project management skills. I’d always had to write, edit, or package words. But other than for specified-length editorials, task completion was less a matter of churning out x number of words and more about completing a detailed task checklist. When I realized I’d have to step up my daily word count if I were to finish the book before leaving on a two-week vacation, I did the math. I set a goal of 2,000 words per weekday and beat that average over the following five weeks. My daily record: 6,410 words. (Anyone who has written fiction or nonfiction for publication will realize that those were draft words. They were subject to multiple revisions in subsequent months.)

Though my novel-writing challenge began as nothing more than an exercise, I was surprised to learn that I enjoyed it. Even more satisfying has been the positive response from early readers. In writing a book I felt was missing from the market, I met my first criterion for success. Hearing that the story resonates with and encourages readers is the ultimate success.

Can You Write a Novel—or Meet a New Challenge?

I’m writing this first blog post for my new website during the COVID-19 isolation period in March 2020. Everything we do these days is filtered through the brain fog of this novel anxiety. None of us can be sure we’ll survive. We can take optimal precautions but still fall ill, die, live with debilitating after-effects, or return to social life much as we were before. Humans are averse to uncertainty at the best of times, but the unknowns we’re facing now are of a different strain. I hope the long-term effects of this period will be more humanizing than not.

Yes, we all need ways to pay the bills, but what’s necessary is rarely sufficient.

Perhaps more of us will be braver than before, realizing that life might be shorter than anticipated. Now may be the time to commit to a new challenge—a new career, relationship, habit, hobby. Whatever it is, make it something that will enrich your life, even if others find it impractical. Yes, we all need ways to pay the bills, but what’s necessary is rarely sufficient.

A few months ago, in LBC (life before coronavirus), I ran across a quote from the poet Mary Oliver and pinned it to my cork board:

I knew these lines before I knew the rest of her poem “The Summer Day.” I intended them to serve as a daily prompt. Something to slap me out of any funk that crawled into my cranium. A reminder to savor the things I can do each day.

And the lines worked. I set new goals. The biggest was to get my debut novel published. But only recently did I look up the entire poem. It’s poignantly relevant for our times—or any time. It’s short and worth a minute of today. You’ll find it on the Library of Congress website. Go ahead. Read it. I’ll be right here waiting for you.

In deciding to write a novel, I took the chance that I might not be able to do it at all. I might have faced writer’s block or given up when I realized my first draft was novella length—only half the word count of a traditional novel. Now I’m taking the risk of publishing a book that few, or thousands, may read. I have no regrets.

What could you do that you haven’t tried before? It might be something big and public or small and private. Maybe, like the poet, you realize that what’s most important is doing less but doing it attentively. What will you do “with your one wild and precious life?”